Aftershock Rumble slot is the sequel to the incredibly popular Aftershock slot from WMS. Aftershock Rumble keeps things old school, with three simple reels and even a lever on the side, something that seems to be disappearing from most modern slots. It’s certainly quite a simple game, but still features great bonuses with plenty of rewards to be had.

When you first look at Aftershock Rumble slot, you’ll see it screams energy and excitement with a flashy design and bright colours. It features 3 reels with scatter pays and a 5 or 9 max credit bet. This is designed to be a penny game, but there’s potential to win up to $500 on a spin so it can certainly appeal to higher rollers. The rules of the game are simple, with players aiming to achieve a winning combination, from left to right, on adjacent wheels. Only symbols next to a diamond inside the array will count towards a winning combination. The base symbols to look out for are some of the classics, listed here in ascending order based on their value:

The Aftershock symbol serves as the Wild, substituting for all the above base symbols. The total bet is 50 credits multiplied by the bet multiplier, which multiplies all bets apart from the Jackpot. 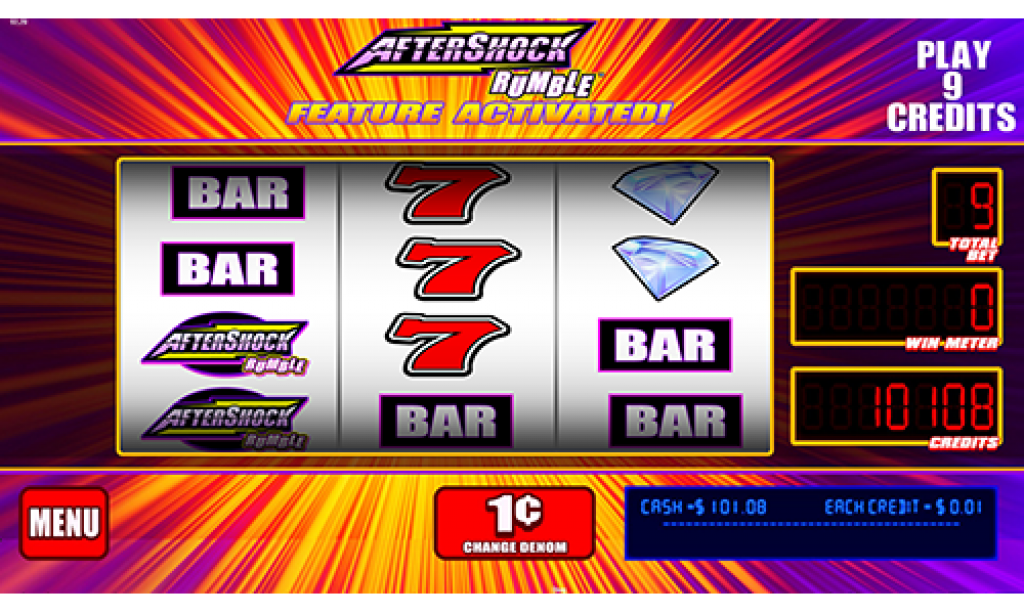 Rumble Feature. If 3 Aftershock symbols appear in any winning combination, then this feature will become activated. At the maximum bet, if 6 Diamond symbols appear on the first 2 reels within the array during this feature, then either the Jackpot will be awarded or the win will be multiplied by 2x-10x. If the Jackpot is awarded, then no other wins will be awarded. All wins during the Rumble Feature are multiplied by 2x to 20x, apart from the Diamond symbols in the arrangement mentioned above.

Aftershock Feature. Probably the most exciting feature which made the original Aftershock slot so popular. This can be triggered during any wagered spin, during which every spin is guaranteed to be a winning combination. Between 2 and 7 spins will be awarded. If the Aftershock symbol appears on reel 3 inside the array during the spins, then at least one of the same symbol will appear on reel 3 throughout the rest of the feature. This feature uses a separate set of reels, with winning combinations staying the same as the base game. If the Rumble Feature is activated, then all wins will be multiplied by 2x to 20x. The Jackpot cannot be awarded during this feature. 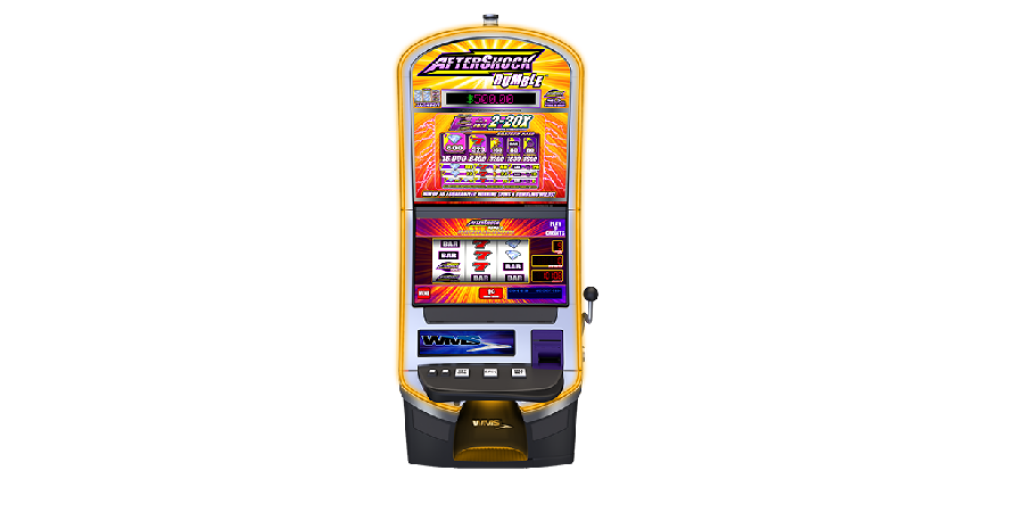 That pretty much sums up Aftershock Rumble slot. While it’s certainly more simple than many other slots nowadays, I think it will appeal to many, especially those who are looking for something more simple and old school, but with a more modern feel. This particular version is scarcely different from the original Aftershock slot, but it does add a fresh feel which I like. I think, in all, this is a great slot for low rollers who aren’t looking to make huge amounts of money and risk it big. Instead, you can quite happily sit back, turn the lever and enjoy what this slot has to offer. If you like more traditional slots then check out Sizzling 7s slot.