Mouse Trap slot is brought to you by WMS, a subsidiary of SG Gaming, based on the hugely popular mouse trap board game. The game itself involves players working together to build a mouse trap, designed by simple mechanical devices all joined together to form a more complicated trap, with players then turning against each other to attempt to capture their opponents’ mice. WMS have tried to incorporate some of the ideas from the board game into the slot, which is apparent from its design as well as some of the gameplay.

Mouse Trap slot is housed in the Blade Stepper, a modern design of the old school mechanical stepper, just like we saw with Aftershock Rumble slot. It features a traditional slot lever, and a mechanical stepper experience with gameplay kept relatively simple but up to date with the modern age of technology. The goal is to obtain a winning combination of base symbols, which are loosely based on the board game but with some traditional symbols involved also. These are listed here in ascending order based on their value:

If Wild symbols occupy line 1 at max bet, the the Top Progressive is awarded. If at less than max bet, 1250x total bet is awarded.

Free Spins Bonus. This is triggered by 3 scattered Mouse Trap symbols in any position. 7 free spins are awarded, during which 3 additional scattered Mouse Trap symbols will award another 7 free spins. All line pays are doubled. At the start of the bonus, the mouse (at the top of the slot machine) starts at position 1 on the board. For each scattered cheese symbol, the mouse will move one position forward on the board. If he passes over a +1 or +2 symbol, then the corresponding number of free spins will be awarded and the +1 or +2 will double, but only on the first time the mouse passes that space. If at the end of a spin the mouse stops on one of the four corners of the board, then one of the four cheese prizes will be awarded randomly. If a cheese prize is awarded and the spin that triggered the bonus was at max bet, the cheese prize is replaced by the less than max bet cheese prize value for the remainder of the free spins. These cheese values are as follows:

At Less Than Max Bet:

At Max Bet, the progressive jackpot is awarded.

The top progressive is awarded once during the free spins bonus, after which it is replaced by the less than max bet full reel value for the rest of the bonus. All pays are multiplied by the total bet, apart from the progressive. These are equivalent to the reset value plus any accrued increment since the last triggered progressive. 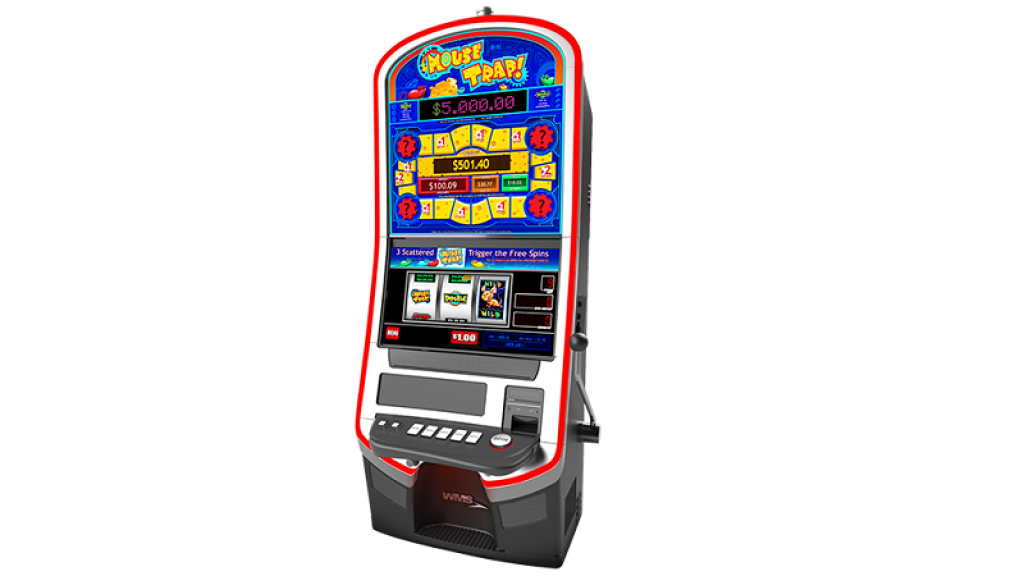 Mouse Trap slot is an entertaining yet simple slot from WMS based on the popular board game of the same name. Housed in a modernized traditional slot, the game is easy to follow based mostly on one free spins bonus, which can certainly be very rewarding for a penny slot such as this. It’s fun too, although I think more could have been done to include more of the original board game’s features such as building contraptions. That being said, I think the theme is great will appeal to many.