Princess Andromeda slot is loosely based on the ancient Greek princess Andromeda and comes to you from WMS, a subsidiary of SG Gaming. In Greek mythology, Andromeda was offered as a sacrifice to the great sea beast sent by Poseidon to prevent it from destroying the city. Fortunately, she was saved by Perseus riding his flying white horse Pegasus. It has since become one of the most famous stories from Greek mythology, appearing in many movies and books, as well as inspiring many other stories.

WMS use this story to create a sense of adventure and purpose to playing Princess Andromeda slot which I think works really well. It’s certainly much more light-hearted than the original story, and the design and theme of the slot are very colourful and bright which should appeal to many. Moving on to Princess Andromeda slot itself, here we have a 5×5 reel configuration played on the CPU-NXT3, one of WMS’s finest platforms offering slick and smooth animations and gameplay. The goal is to achieve a winning combination using the base symbols from left to right in order to collect credits, or play a bonus and win even more rewards. These base symbols are listed as follows, ranked in ascending order based on their value:

There is also a Wild symbol which substitutes for all symbols in a winning combination apart from light blue symbls, and the Dragon symbol. It only appears on reels 2, 3, 4 and 5
Before any spin, a Dragon on the reels may be randomly replaced with one of the Dragon bonus symbols. Each reel also has a number of positions that, before the spin initiates, will be randomly filled with light blue. 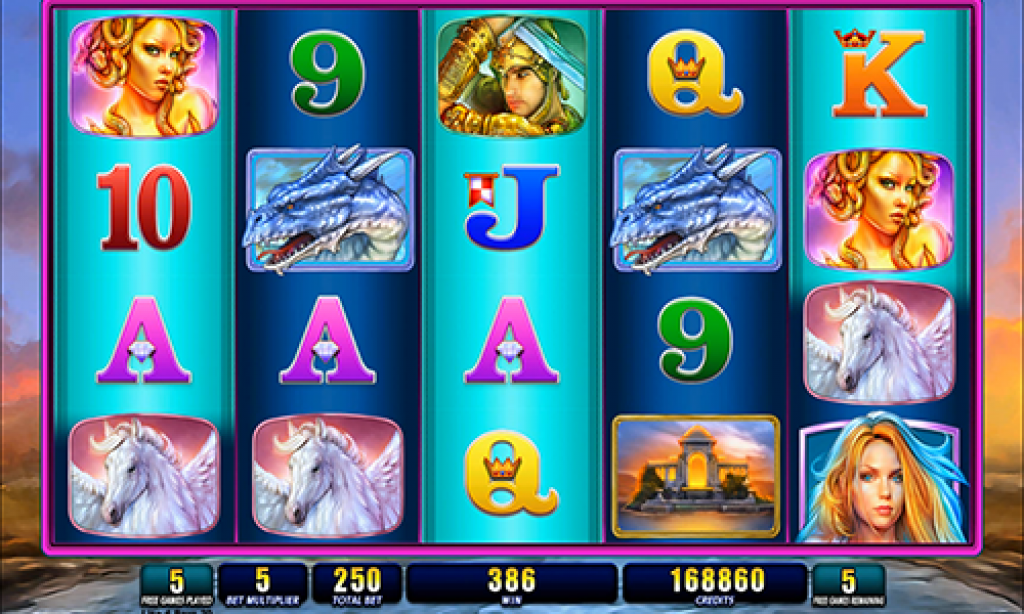 Free Games Feature. 3 or more scattered Dragon symbols will initiate this feature, offering different rewards depending on how many appear.

The special bonus Free Games are found on the Dragon symbol itself, stated as a number in the top right corner of the symbol. An alternate set of reels is used for this feature, with the winning combinations remaining the same as the base game.

The chance of winning a Jackpot or award increases with higher bets, and increasing the bet multiplier will increase the number of light blue symbols on reel 3. 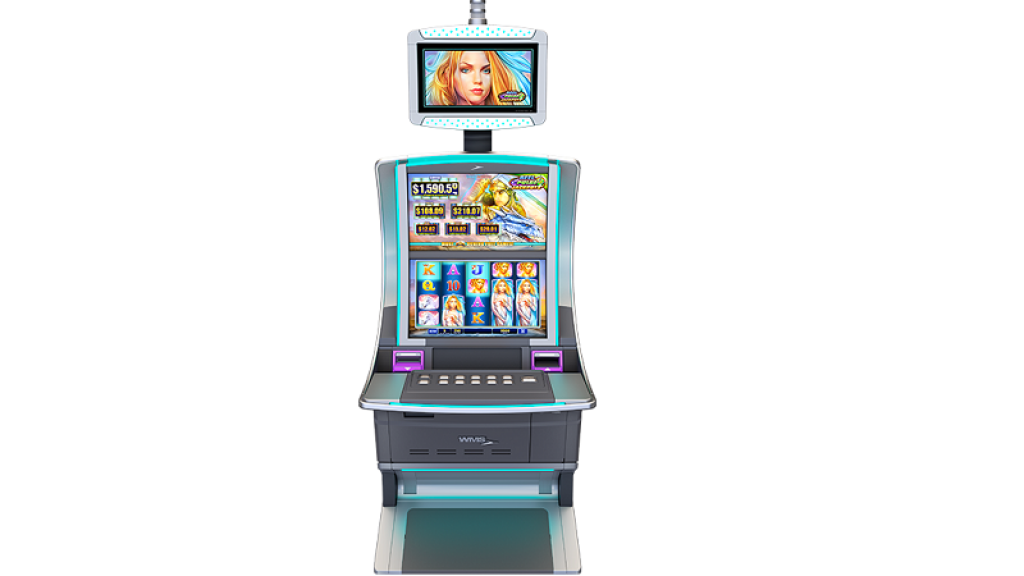 All in all, this is an entertaining and fairly engaging slot from WMS. It’s especially aimed at those who are interested in progressives with so many available, and somewhat free games as well with 50 up for grabs, although you can get more on other slots like Hot Blooded slot which has up to 100 free games available. The theme is very interesting and the slot as a whole is well designed, although I think more could have been done to make use of the adventurous and monster filled theme, perhaps making the slot slightly more engaging. But if you’re someone who loves to play for progressives and hopefully win big, this slot could be for you.