The base game for Fire Chariot slot plays as any other so don’t be put off by the giant reels like we saw on Forbidden Dragons slot. You need to obtain a winning combination from left to right using the base symbols to win either credits or a bonus. These base symbols are as follows, ranked in ascending order based on their value:

There is also a Wild symbol which substitutes for all of the above symbols in Fire Chariot slot, appearing on reels 1, 2, 3, 4 and 5 only. 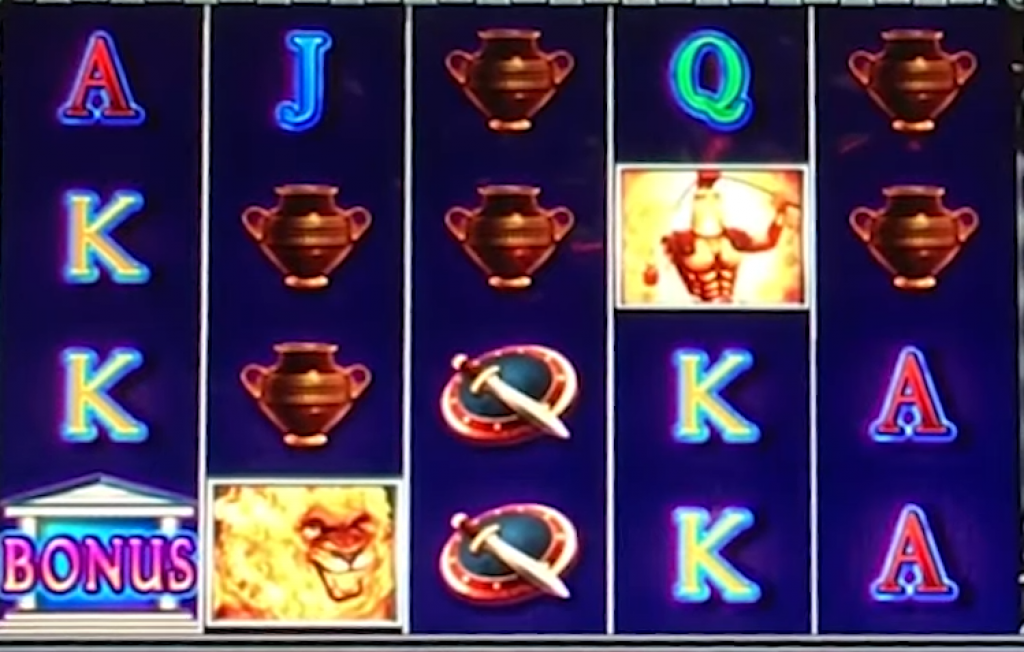 Pick Bonus. During the base game, 10 or more bonus symbols will initiate the bonus pick where you can choose between Free Games and Multiplier Bonus. If reel lock progressives are initiated in the base game, then a progressive award is guaranteed. The base game, as well as the Free Games Feature, have move-expand stacks where stacks of symbols can move and expand onto the giant reels, giving you a better chance to win.

Multiplier Bonus. Here you have to pick a shield which will award a bet multiplier and add it to the current multiplier meter. The multiplier depends on the bet from the initiating game:

⦁ For 50 lines and adjacency pays, you can win 8x-26x (although as the rules of the slot kindly state, the odds on getting a 26x multiplier from this is less than 1 in a hundred million).

⦁ For 50 lines and enhanced adjacency pays, you can win 8x-30x

⦁ For 5 lines, enhanced adjacency pays and progressives, you can win 9x to 33x

Free Games. The Free Games Bonus is initiated from the Bonus Pick and awards 12 free games. If 10 or more Bonus symbols appear during these free games, then an extra 12 games are provided. They will be played at the same bet multiplier and on the same lines as the game which initiated the bonus pick. The free games end when none remain, or 300 have already been played.

Wild does not substitute for any of the other 4 symbols to initiate the free games move-expand stacks. 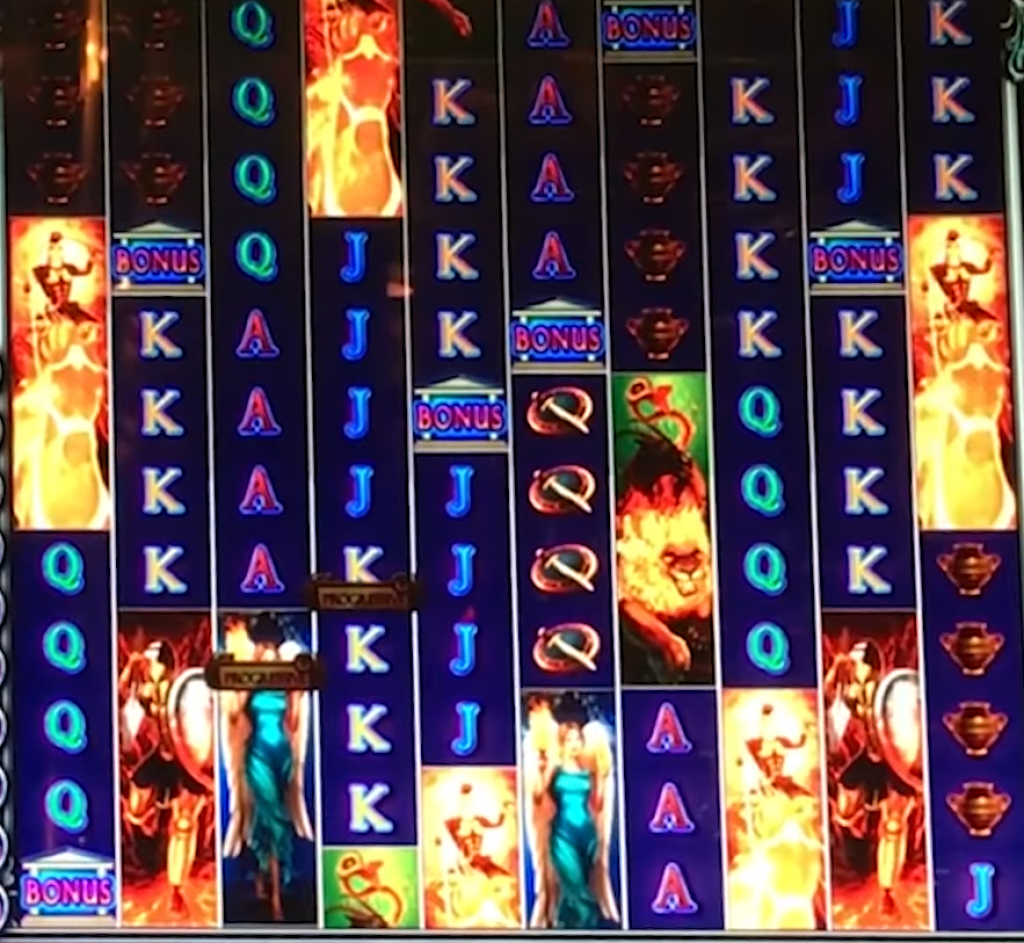 Fire Chariot slot isn’t one of the most popular slots from IGT, but it’s one of their more interesting games and I think more people should give it a try. There’s a lot to it, and it can be a bit complicated at first but once you get to grips with the rules you can follow along easily enough. There are some huge rewards up for grabs and lots of different ways to win credits making the slot engaging.

Deal or No Deal In It to Win It